The 737 MAX 8 has been involved in two fatal crashes in recent months, so some people are concerned about flying on one. According to FlyersRights.org:

“Lion Air crashed in October 2018 after pilots were unable to override an automatic control system (MCAS or Maneuvering Characteristics Augmentation System) that was not clearly disclosed by Boeing to airlines and pilots. Although it is too early to identify the cause of [March 10’s] Ethiopian Airlines crash, early signs point to the same problem.”

In both crashes, reports are that there were problems on take-off.

A statement from the FAA said:
“The grounding will remain in effect pending further investigation, including examination of information from the aircraft’s flight data recorders and cockpit voice recorders. An FAA team is in Ethiopia assisting the NTSB as parties to the investigation of the Flight 302 accident.

If you would prefer to fly on one of the new Southwest planes or don’t want to fly on a MAX 8 (or just want to know if you’re scheduled to fly a MAX 8), I’m going to show you how to find that information when booking.

Keep in mind Southwest operates 34 MAX 8 aircraft, which is less than 5% of their entire fleet. I have yet to fly a Southwest MAX 8, and we fly Southwest a lot!

Southwest Airlines CEO Gary Kelley says that they have operated the MAX across 40,000 flights over 90,000 hours with no issues. Southwest has said their MAX 8 planes are currently off the schedule through at least early February 2020.

About the MAX 8 Southwest Planes 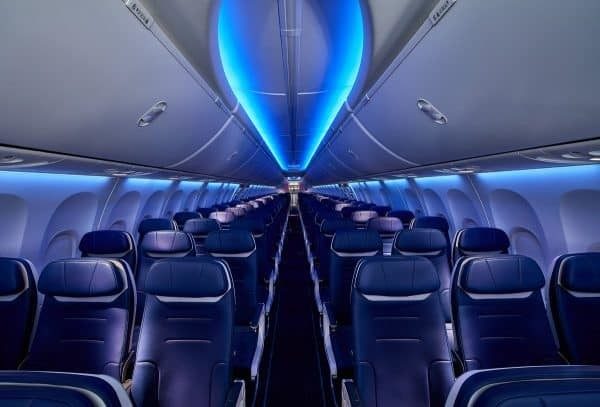 Southwest has continued to invest in new 737-800 and 737 MAX 8 airplanes, adding a bunch into the fleet in October 2017, which made the entire Southwest fleet WiFi enabled, and stating they are continuing to purchase even more.

As of this posting (March 2019), in Southwest’s fleet there are:

The MAX 8 planes are very pretty (if a plane can be pretty ;–) and have the pivoting overhead bins found on their 737-800 planes along with the Heart Interior layout and design. It also can fly farther more economically and is largely used on longer haul flights, including upcoming flights to Hawaii.

Reader Diane S. got to fly the MAX right after they were put into service in October 2017. She said, “It was a beautiful airplane, and the crews were very proud of it. Employees outside of the aircraft were taking pictures of it!”

Read about how Diane got her Southwest Companion Pass and her first trip with Southwest using the pass.

While it might not always be possible to fly a newer plane with the majority of the fleet 737-700s or to fly your choice of plane, you can certainly try! And heck you might as well bring someone along for free!

Did you know it’s super easy to earn the Southwest Companion Pass, which lets one person fly free with you for up to two years?

Download my free Cheat Sheet of 10 things you must know to earn the Southwest Companion Pass below:

If you want to try to book your next flight on one of the newer Southwest planes versus their older ones or want to avoid the MAX 8, here’s how to check (thanks to reader Nancy M. for this tip!):

1.  Start the process to check flights by going to Book a Flight or the Low Fare Calendar on Southwest.com.

2.  Input your departure and arrival cities and dates or months.

3.  When you are on the screen that lists the various flights to select, click on the flight number to get details about the plane.

4. When you click the flight number, you will get Aircraft Information that pops up in a box. It will show you the type of plane. In some cases, as below, it could be EITHER a 737-700 OR a 737-800 (I have yet to see the MAX 8 come up on any of my searches). In other instances, you will only be served one plane option.

This screen will also show you the number of seats on the plane and if it has WiFi and free TV available, though really all Southwest planes should have that now, unless it is not functioning for some reason.

So keep clicking the flight numbers until you find the type of plane you want, though of course you’re going to want to consider cost, direct versus non-direct and times as well.

What If I’ve Already Booked a Flight? 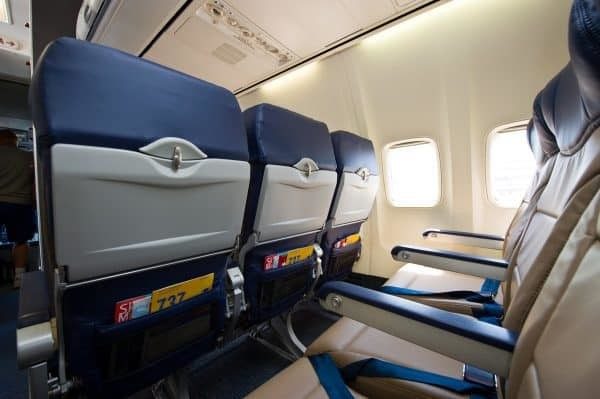 When checking at the time of this post, I did not see a way to pull up your current flight and see on which type of plane you will be flying on the Southwest website.

The flight number is not clickable on the Manage Reservations page or under My Account. Instead, I’d recommend going through the booking process above and trying to find the flight you will be on and see the type of plane that way.

Alternately, you can call Southwest at 1-800-I-FLY-SWA and ask.

I also came across this website, FlightStats.com, that allows you to enter your flight number, departure/arrival cities, airline and date, and it will tell you which aircraft is scheduled.

If you are scheduled on a MAX 8 and the flight has been cancelled (they will notify you or you can check the status of your flight here), in a statement released on March 13, Southwest said that you can rebook on alternate flights through with no additional fees or fare differences within 14 days of your original date of travel between the same city pairs.

Here is a link to the Southwest travel advisory about this issue and Southwest Airlines CEO Gary Kelley’s video statement.

How to Rebook Your Max 8 Southwest Flight

Navigate to the My Account screen once you’re logged in at Southwest.com and then scroll down to My Flights and then click Change, OR you can enter your confirmation number and name on the home page of Southwest.com about midway down where it says Cancel/Change.

Additionally, you can go directly to this Change Flight page.

However, if you did not purchase your ticket online, you’ll need to call 1-800-435-9792 to speak with a Customer Representative. They do note they are currently experiencing high call volume and extended wait times.

Here’s a video about the MAX:

You CAN choose to fly a new Southwest plane if one is available for the cities you’re flying between. Or you can avoid flying the MAX 8 if you want by finding out if it’s scheduled on the route you’re considering. Simply click on the flight number to see if you can find a 737-800 or 737 MAX 8.

Of course, for now the MAX 8 will not be flying at all and Southwest says for them that will be the case at least through August 5, 2019. We’ll keep you updated here at Go to Travel Gal when the situation is updated or changes.

Is the type of Southwest plane you fly important to you?

Check out the Chase Southwest Rapid Rewards Visa cards, which allow you to earn tens of thousands of points after a low minimum spend to book free Southwest flights!

These points also qualify for the 125,000 points you need to earn the Southwest Companion Pass, so one person can fly free with you for up to two years.

Keep in mind you can only hold ONE personal card at a time, though you can hold two business cards. 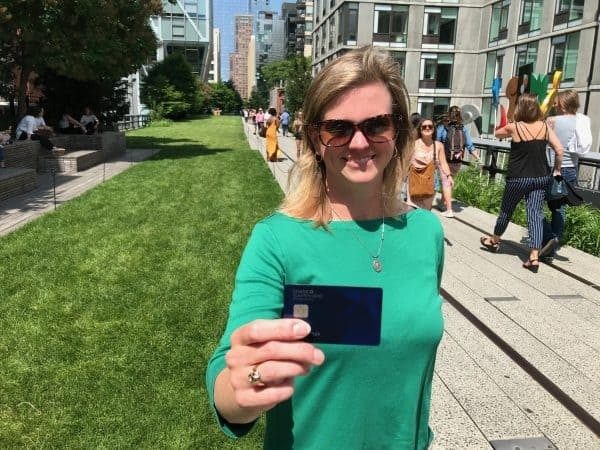 Flexible points transfer to Southwest instantly, 2X points on dining and travel, 60,000 points after meeting the minimum spend and only a $95 annual fee!

These points DO NOT qualify for the Southwest Companion Pass!