A safari should be on everyone’s bucket list, but what destination should you choose for that dream-come-true adventure to see wildlife in their natural habitat up close and in person?

A Tanzania safari is a great choice, but traveling to the country is certainly not as simple as popping over to Europe with nothing but your credit card in hand.

Planning a takes a bit of preparation. Here is a full Tanzania safari travel guide to help you as you map out your amazing African adventure. 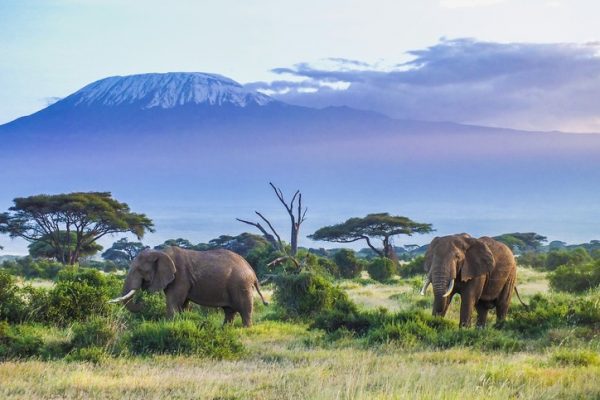 Tanzania is home to multiple national parks, like Tarangire National Park and Serengeti National Park, where you can enjoy game drives and plentiful wildlife. Don’t miss the famous Ngorongoro Crater with spectacular wildlife viewing or the daunting Mount Kilimanjaro. The country is also home to many Masai people, who you may be lucky enough to meet.

North American summer is a great time to witness the Tarangire Migration and the Great Serengeti Migration, where wildebeest, along with zebra migrate toward rivers.

8 Top Tips for Your Tanzania Safari

Tanzania allows citizens of some countries to fly there without getting a visa. But, the U.S. is not on that list, so you’ll need to have a visa to travel to the country.

It’s possible to get a visa at the airport, but it’s always better to apply beforehand to ensure you don’t get stuck at the airport due to some formality or end up overpaying for the visa. Sadly, Tanzania is not completely free of corruption.

2. Required Immunizations and Other Health Concerns

As with most African nations, you’ll need to have several shots in order to enter the country. The recommended vaccines are:

There is both malaria and dengue in the country, so you’ll need to stock up on bug repellents and antimalarials prior to your trip.

Keep in mind that some drugs that prevent malaria result in very vivid dreams, so avoid taking them before bed if you want to have a good night’s sleep.

If you’re prone to get motion sickness, bring medications to treat nausea. While you may not be on a boat to cause seasickness, many roads in Tanzania can create the same effect. Better to be safe than sorry in case you end up feeling ill.

While many people in Tanzania will forgive you if you don’t know the local etiquette, others may take offense.

Here are some key things to know about the local culture.

It’s unclear whether it is actually illegal to wear camouflage clothes in Tanzania (check out other weird international laws). Many say it is and claim they’ve seen people harassed because of it; however, Tanzanian laws don’t support this.

Either way, it’s better to avoid camo patterns, especially wearing them in a city. If it is legal, but the police will harass you over it anyways, it’s definitely not worth the risk!

6. Take a Camera With a Good Zoom

Since you’ll be out and about on your safari in search of animals in their habitat, make sure you have a camera that can zoom in really well, as it’s unlikely you’ll get close enough for your smartphone camera to snag a great shot. You don’t want to miss your opportunity when an amazingly beautiful animal finally does emerge!

Since most safari camps are situated in the middle of the bush and are 100% self-reliant, not surprisingly, many of them have no hot water.

The good news? You may just be begging for a cold shower after a day under intense African heat!

Tanzania is not as scary as Australia in terms of wildlife getting on toilet seats, but it’s been known to happen and is certainly worth a look before you sit down. Likely, the scariest thing you may find there is a frog, nevertheless, it’s better to check it first :).

When visiting Tanzania, be sure to follow the safety instructions of your guides, who are trained in dealing with wild animals and know the correct precautions to take.

With these tips in mind and some advance planning, here’s hoping your Tanzania safari is truly the stuff of dreams and a trip that you will never forget.