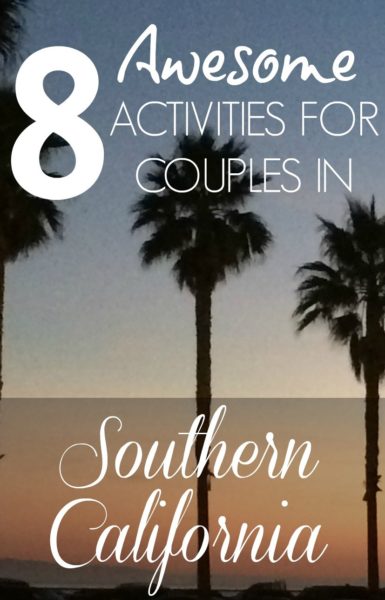 How to Get to Southern California

We flew into Orange County/John Wayne airport, which is one of my very favorite U.S. airports. It’s small, clean and easy to get into and out of. Plus, palm trees stand right outside the door 🙂 and it’s centrally located to get you up and down the coast of southern California. Other options include San Diego’s airport, which we have also flown into but seems way too small for the number of people flying in and out, LAX (no thank you) or Burbank’s airport.

We chose to spend two days in Orange County and then drove up to Los Angeles and Santa Monica for two days. From there, we took the Pacific Coast Highway up to Santa Barbara where we concluded our trip – of which seven days was not nearly long enough!

Here were some of the highlights that I strongly recommend.

Top 8 Things to Do in Southern California

We’re big Disney World fans, so we thought it only right to see where all the Disney “magic” began. Just about 20 minutes from our hotel in Newport Beach, we spent the day exploring Disney’s California Adventure and Disneyland. We visited in the fall and their Halloween celebration was spectacular. My very favorite was their New Orleans’ style Haunted Mansion reimagined for Halloween. It was themed with the characters from “The Nightmare Before Christmas” and done in over-the-top Disney style. Definitely, add it to your bucket list if you love Disney, but be prepared for a “monstrous” line :).

Located in Newport Beach next to a high-end shopping area and with views of the Pacific, the Island Hotel was magnificent and remains one of my all-time favorite hotels where we have stayed multiple times. The décor is elegant and modern, with the service the best I’ve experienced anywhere. I was always greeted by name (including when we first pulled up in our car before anyone had ever even seen us), they even seemed to know what was on our daily agenda and bless the bellman who insisted on cleaning up my exploded energy drink in my rental car with a smile after I asked for some paper towels to clean it myself :).

After Orange County, we drove up to the LA area, going through Pasadena, and had a scavenger hunt of sorts to find famous houses from some of our favorite movies and TV shows like the “Father of the Bride” house, homes from “Modern Family,” the “Workaholics” house, “Stepbrothers” house and more. Read about our complete California movie house tour with photos. My husband and I had a ball and got a real kick out of seeing these homes in person! Loads of fun! 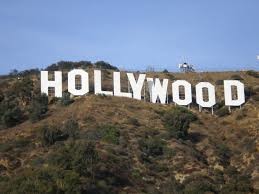 Sure, everybody does this during the day, but have you ever tried it at night?! We drove into LA around sunset, so by the time we’d driven through Beverly Hills and the Hollywood Hills, it was dark. I was determined I would not leave LA without spotting the Hollywood sign, which by the way is NOT lit up. For the life of me, I could not see it!

So we asked our friend Google Maps to guide us. Up we drove to the base of the sign along the most convoluted, winding route you can imagine to be rewarded with seeing the sign larger than life – in the dark. The best part? We turned to our left to see the most magnificent view of LA and the city lights spread out beneath us. Priceless… 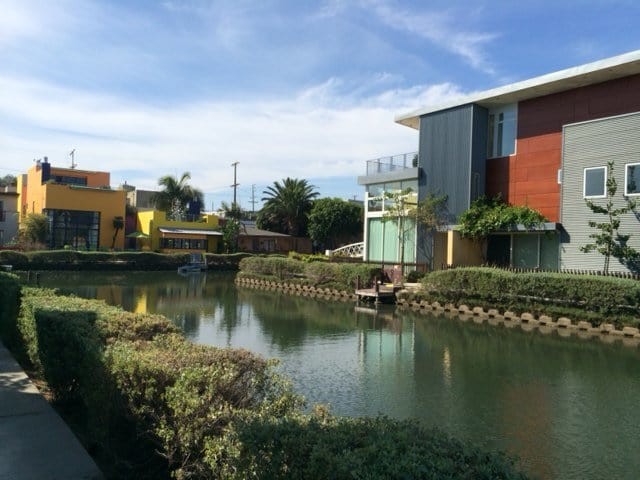 We spent our time in the LA area at Santa Monica beach at the Viceroy Santa Monica. The hotel offers house bikes for loan, so we grabbed two and headed down the paved beach bike path to see what sort of craziness we could spot in Venice Beach. Plenty, of course, from a dog wearing sunglasses to a woman walking in a wolf mask to a very happy crazy lady boogieing down with joy like no one I’ve ever seen! My favorite part, though, was when we ventured away from the beach to find the canals that give this city its name of “Venice.” These were so charming with some very cool, modern homes dotting the water. Plus, we burned some calories, to boot :).

We took the Pacific Coast Highway north from Santa Monica through the Pacific Palisades and Malibu up to Santa Barbara and were rewarded with beautiful ocean views the entire way. We stopped several times to enjoy the rock-studded beaches and poke our toes in the sand. A definite must-do for your bucket list. 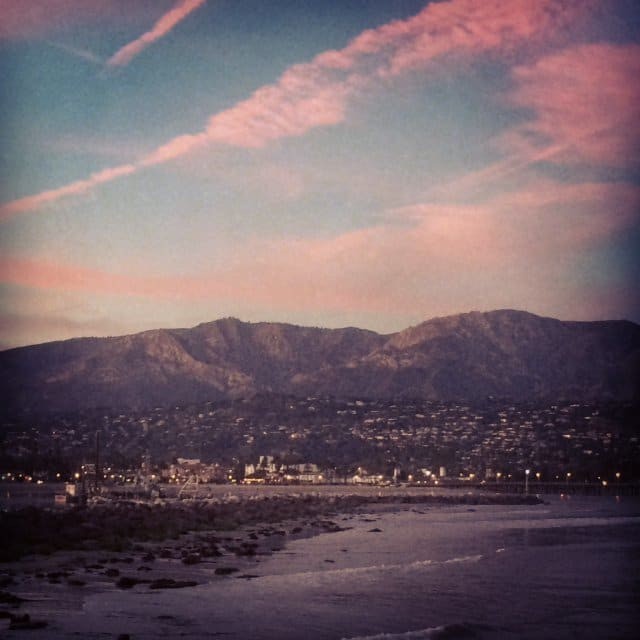 With dinner scheduled at Chuck’s Waterfront Grill, we headed down to the Santa Barbara Marina, expecting a nice meal. We got that, but we also got an unexpected surprise: one of the most beautiful sunsets I have ever seen. We arrived just as the sun was going down, and it’s one of those things you simply cannot describe. The pairing of the mountains and the ocean with the silhouette of the Channel Islands beyond and the pinks, purples and oranges in the sky was absolutely spectacular — one of those moments you wish would last much longer, but that slips away so fast.

Perhaps our favorite meal was at a quirky little German restaurant called Hoffmann Brat Haus on Main Street in Santa Barbara. We were wandering around looking for a good place for dinner and were drawn in by its open windows overlooking Santa Barbara’s main thoroughfare, State Street, and the delightful singing by two young gals coming from inside. We had a lovely evening listening to these talented ladies, who call themselves The Brambles, snacking on a pretzel and enjoying a house brew and brat. Here are more things to do in Santa Barbara..

Southern California was a delightful couples getaway that we customized with an itinerary planned uniquely to our tastes and interests. Despite our planning, we encountered many fun surprises along the way – like the view from the Hollywood sign and the unbelievable Santa Barbara sunset. I can’t tell you how much I want to go back…

If you really want to be romantic, ever thought about taking a private jet to LA? Here’s the scoop on charter flights to Los Angeles.

Got questions about Southern California? Shout!