↑
Go to Travel Gal has partnered with CardRatings for our coverage of credit card products. Go to Travel Gal and CardRatings may receive a commission from card issuers. Opinions, reviews, analyses & recommendations are the author’s alone and have not been reviewed, endorsed or approved by any of these entities.
Spread the love
It’s so very helpful to hear what has and hasn’t worked for others when it comes to the hobby of using miles and points to travel free.
Here’s some great insight from reader Jon D., who recently aimed for a 2018 Southwest Companion Pass, which will let one person fly free with him for up to two years. He applied for two Southwest credit cards while they were at their 60,000-point sign-on bonus. 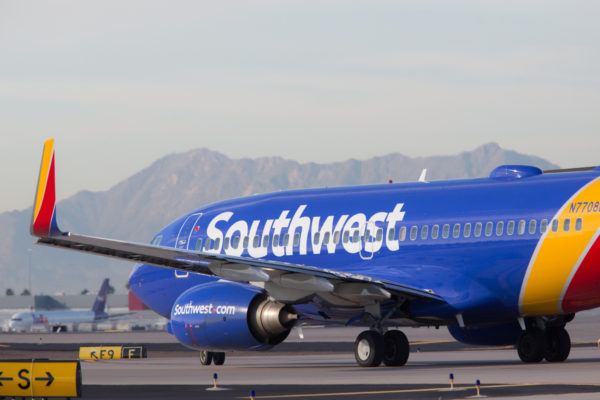 Jon already had a Chase Southwest Rapid Rewards Plus card that he’d held since 2004, so he decided not to close that one and to instead apply for BOTH the Southwest Rapid Rewards Premier personal and Premier business cards to earn the 125,000 points he needed to qualify for the Companion Pass.
He also holds a Chase Marriott card, the Chase Sapphire Reserve card and a Chase debit card and had just been approved for the American Express Platinum credit card. Jon has excellent credit, as well.
He applied for both in the SAME day (the idea being Chase will not recognize the two applications if they occur within the same business day) and was immediately approved for the personal card, but received a notice that they would let him know about the status of the business card approval by mail within 30 days.
He was surprised to find both of the cards arrived in the mail just a few days apart.
“So apparently you can do both on the same day and you can have all three cards at the same time!” says Jon.

What was your experience earning the Southwest Companion Pass?