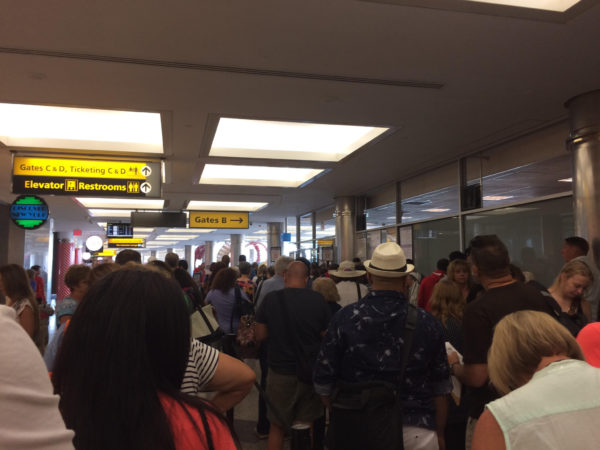 Before heading on our New York City trip, from which we just returned, my husband and I applied for and were approved for TSA PreCheck. We figured that at $85 for five years, it was worth it for as much as we travel. But we especially wanted to have it in place before traveling into and out of LaGuardia in New York City, which we figured would be troublesome. The rub? It was no help at all.

That was the case when we flew to New York City last week. Slightly annoying, but really not a big deal. However, in looking at the size of the security line, which was really small that day, it did not save us any time. It was nice not to have to remove our shoes or our computers from our bags, though.

We really thought it would be helpful on the return flight from LaGuardia in New York City to Indianapolis, and we did not plan to arrive as early, assuming we would save some time in the security line. Well, it turns out TSA PreCheck was NOT OPEN today at LaGuardia, and in doing some research, it seems that is a common occurrence. We were frustrated to say the least.

Why are we paying $85 if we are not even assured that there will be a PreCheck lane at any given airport? The line at LaGuardia ended up not being too long either, but because I had not planned on taking off my shoes I wore flip flops and had to walk barefoot on the yucky airport floor :). Eeck.

They did give my husband a piece of paper that he was to take through security saying he didn’t have to remove his shoes, but he did still have to take out our computers. I got no such piece of paper despite my boarding pass noting I had TSA PreCheck, as well.

This is only based on our first flight using TSA PreCheck, but so far, not worth it. Next is up is Denver, another major hub, so I’ll fill you in on how it works there … if there’s even a TSA PreCheck line.

Have you signed up for TSA PreCheck and found it not an option at an airport? Let me know!