During a trip to southern California, which my husband and I enjoyed sans kids, we decided to embark on a scavenger hunt of sorts of houses from movies and TV shows, including the “Workaholics” house, “Father of the Bride” house and more.

While there were many highlights of our trip, our California movie house tour probably generated the most smiles and giggles and was incredibly fun to try to sleuth out with the help of our friend, Google Maps.

We primarily focused on Pasadena and the Los Angeles area and went on the lookout for homes from some of our personal favorite TV shows and movies.

“Father of the Bride” 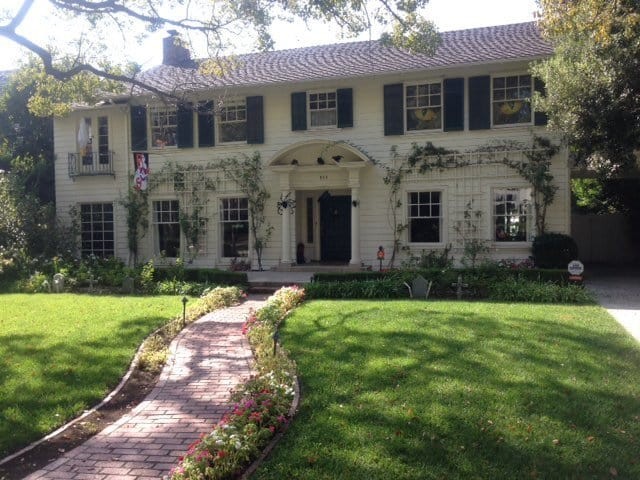 What California movie house tour would be complete without finding the famous “Father of the Bride” house, which has been used in many a movie? Here’s the picture of this beauty, which represents the ideal home in “Anywhere, America.” 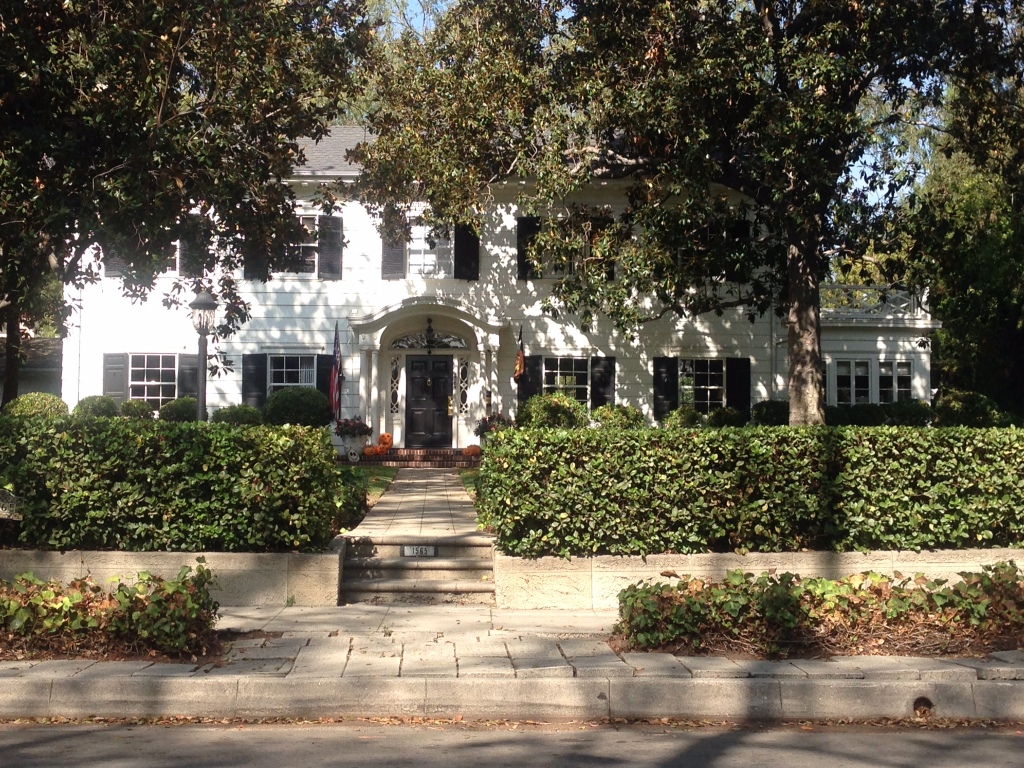 Just about as picturesque is the “Mr. and Mrs. Smith” house, from the movie starring the infamous Brangelina pair. This lovely white house sits in a cute neighborhood in Pasadena, which is already charming with the pretty trees that create a canopy over the streets. 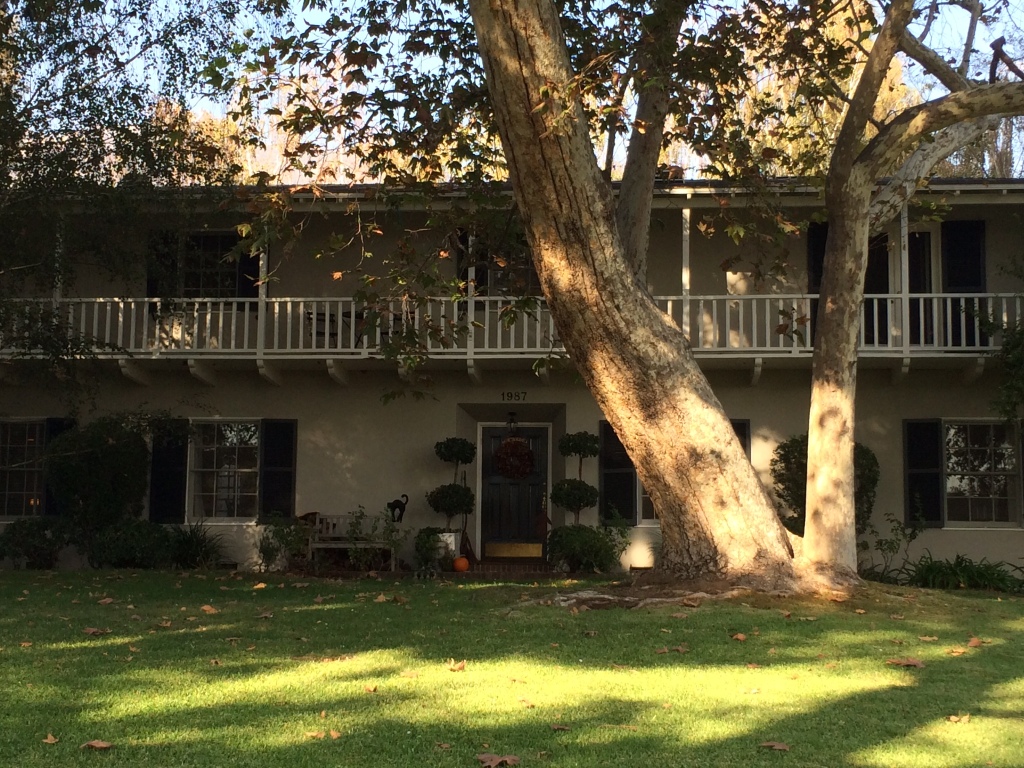 My husband and I love to laugh, and “Step Brothers” is a movie from which we love to belt out lines. It’s classic Will Ferrell and the beginnings of the comedic talent of John C. Reilly. Here’s the house – and yard — where the brothers had an epic battle! 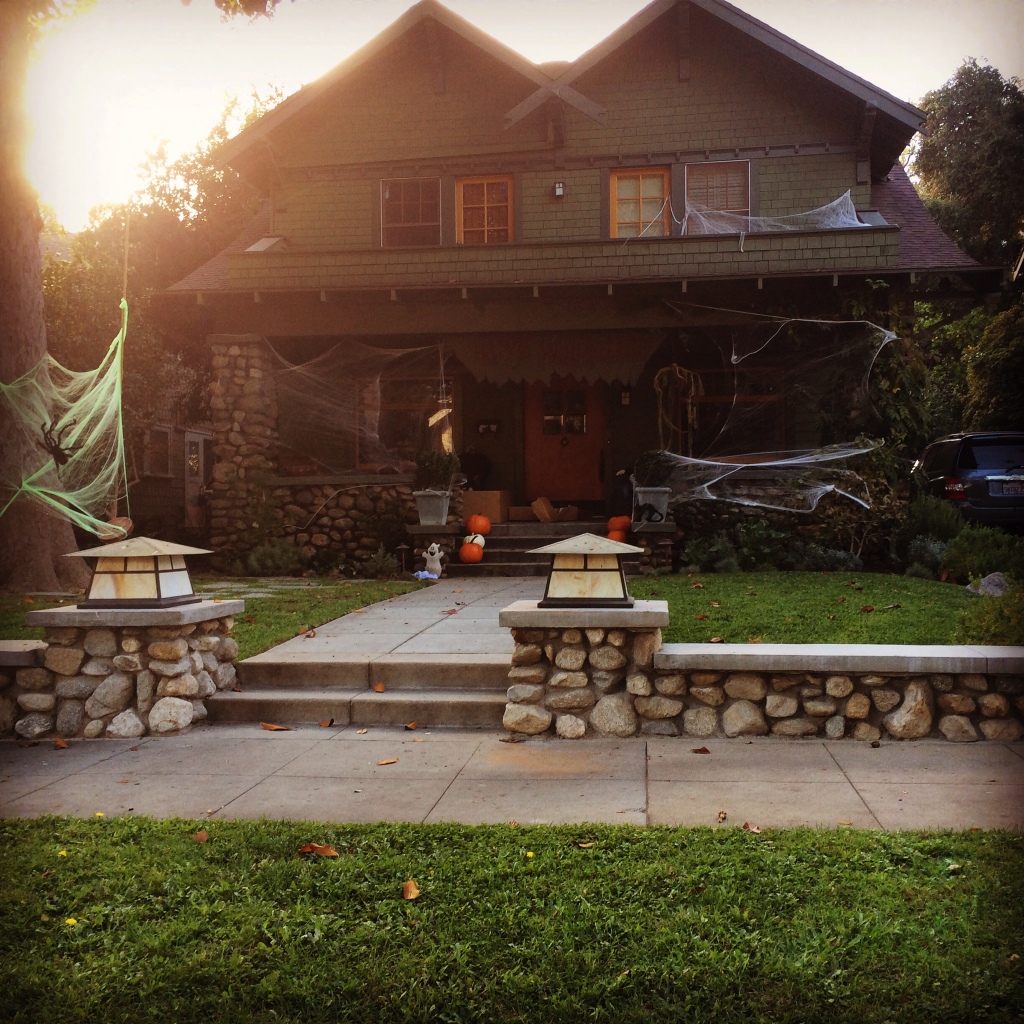 Another Will Ferrell flick prominently featuring a house is “Old School,” following the antics of a frat house. We found the house, and we’re pretty sure we saw the stretch of road where Will goes streaking, as well! 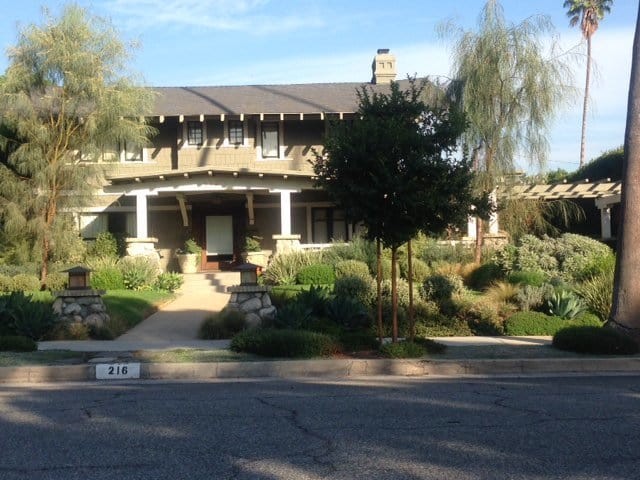 This is a little-known movie but much beloved by our oldest son, which tells the story of two brothers playing a board game. The game turns real and results in an outer space adventure in “Zathura.” My husband is a lover of Arts + Crafts architecture (which Pasadena is known for) and the house in this movie is a real gem, so we had to get a pic! It was a must-text back to our 10-year-old! 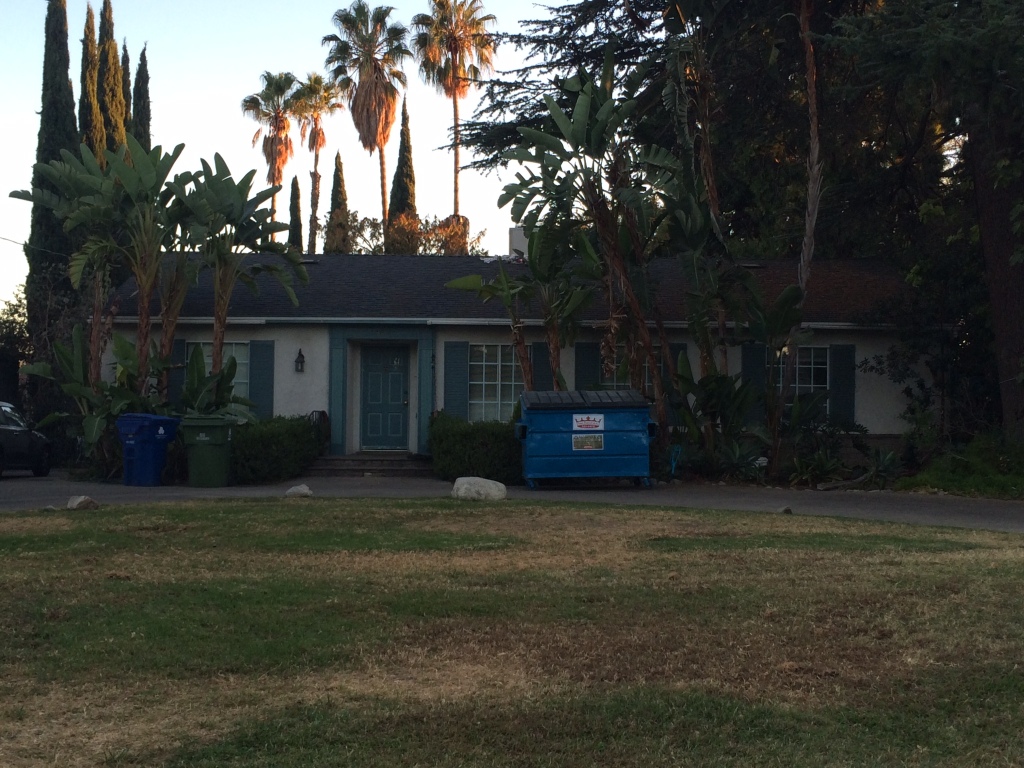 “Modern Family” has long been one of our favorite primetime comedies, and at the beginning and often throughout the show, you’ll see shots of each of the three couples’ houses. Our favorite to see in person was Mitch and Cam’s, because it’s pretty distinctive and was decorated for Halloween when we drove by. 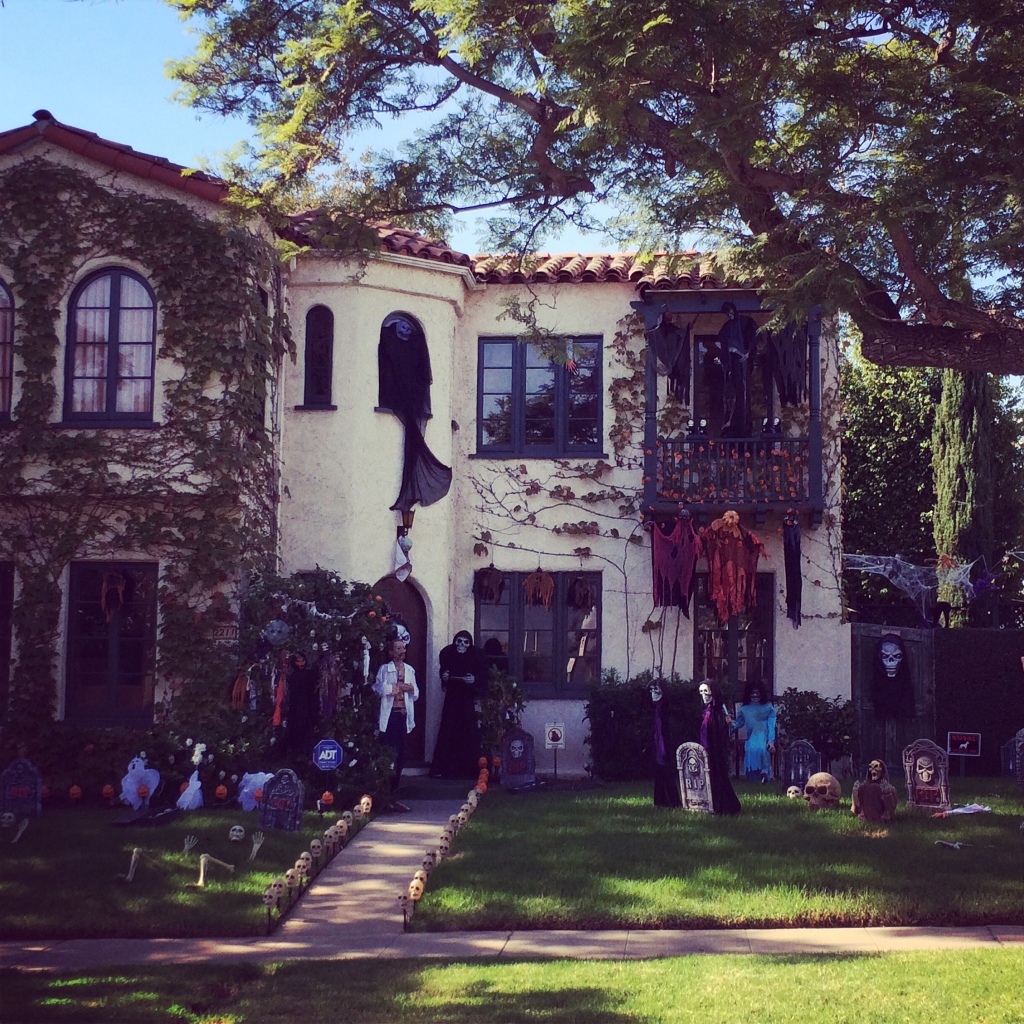 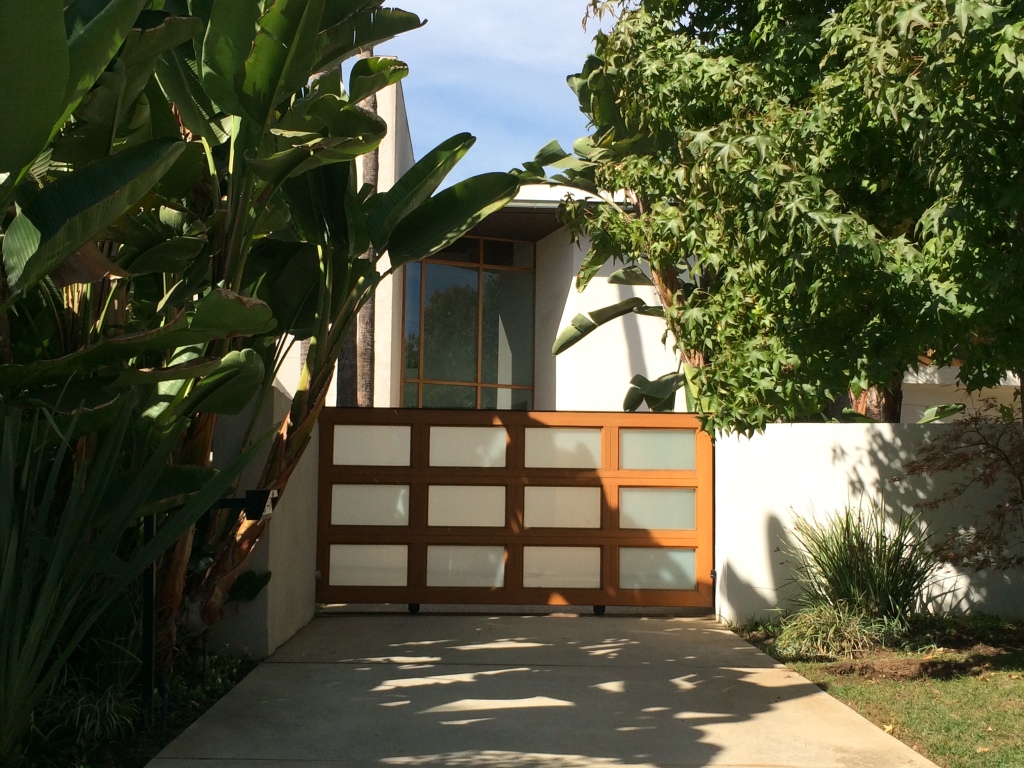 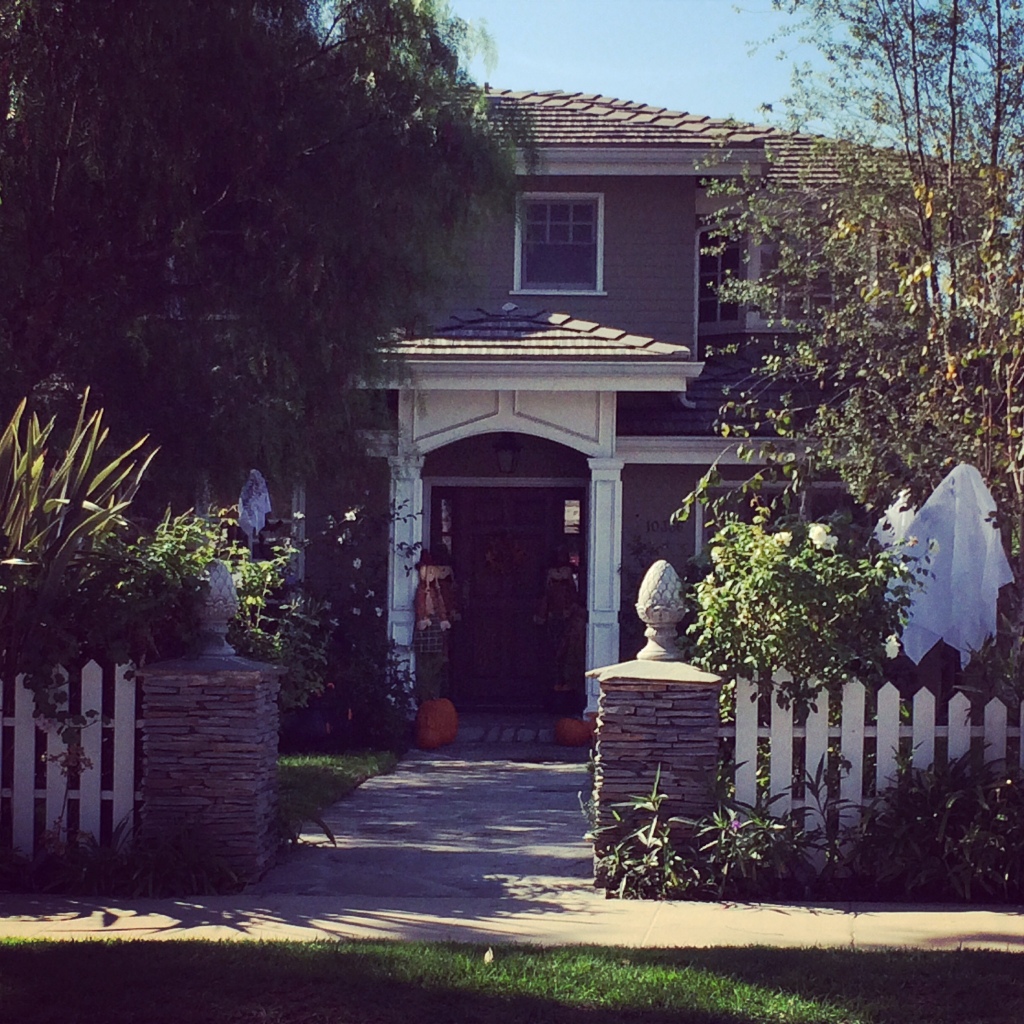 “Back to the Future”

“Back to the Future,” a classic favorite of my husband and older son, has four homes in the Pasadena and Los Angeles area. It turns out the “Old School” house is also the very same one that Bif kicked a ball into. Who knew?!

Just a couple doors down from that one is George McFly’s home from the movie, and we also stopped by an amazing Craftsman home in Pasadena that was supposed to be Doc’s house. At Marty’s house in Los Angeles, some guy was watering his lawn and didn’t seem overly excited that we were taking a picture, but we snapped a quick one anyway! 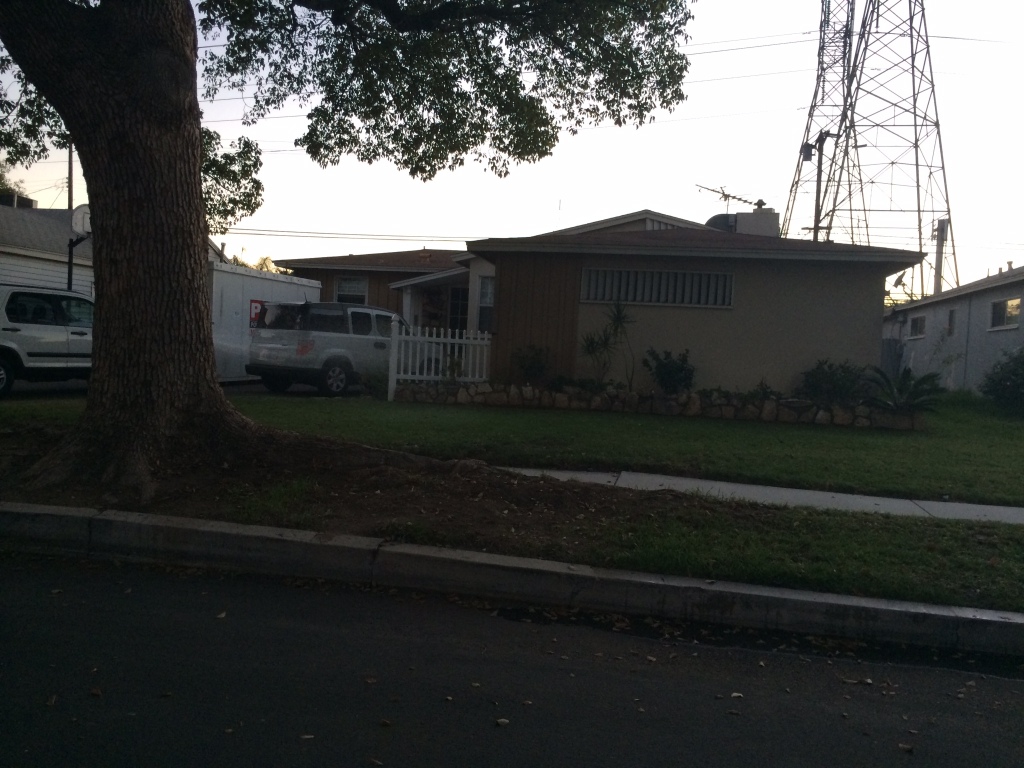 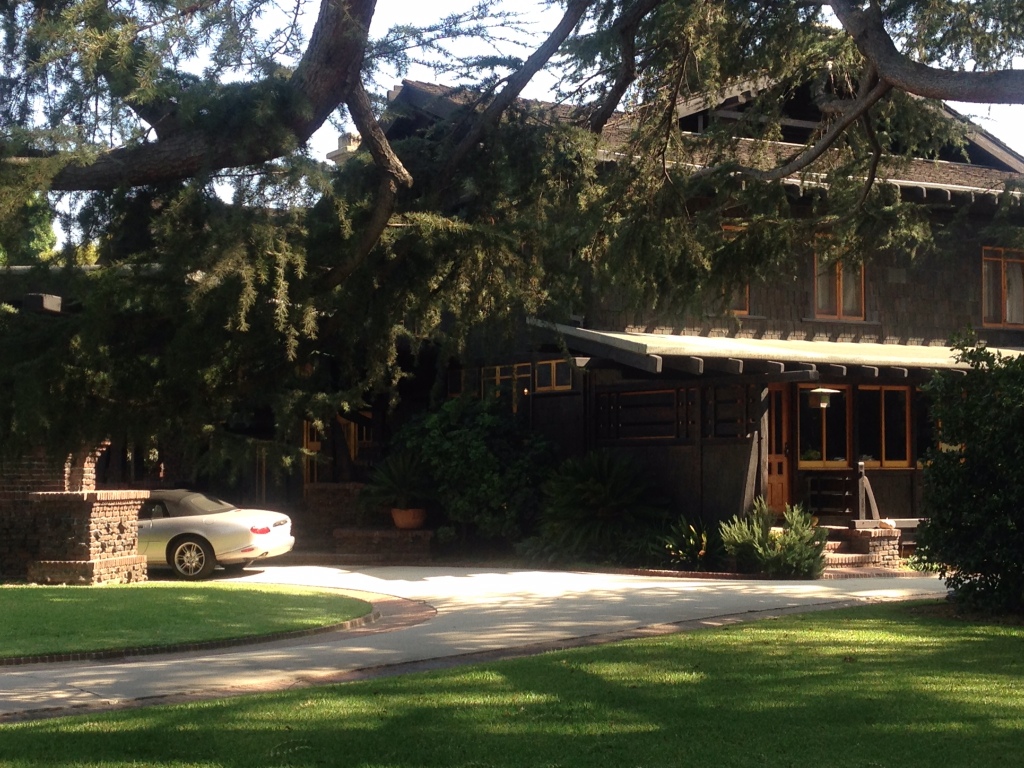 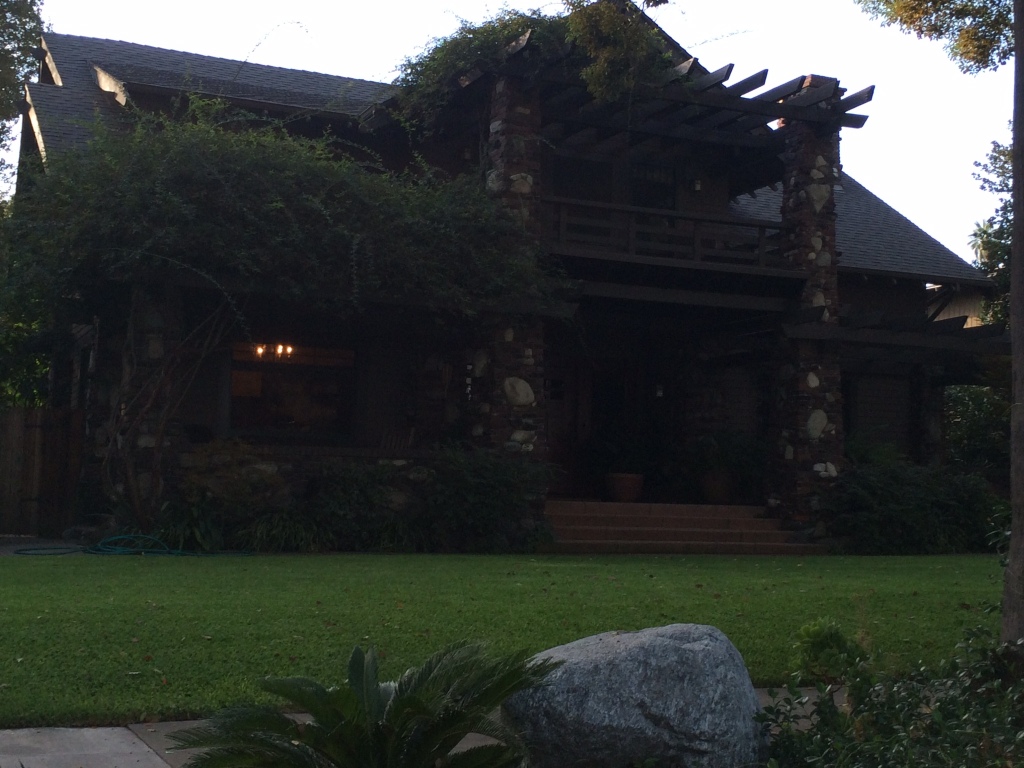 I highly recommend doing your own California movie house tour. What a blast it was to search for each one and turn the corner only to gaze on the home from some of our favorite TV shows and movies in real life like the “Workaholics” house! Too funny!

One word of warning: They all look much smaller in person :-).