↑
Go to Travel Gal has partnered with CardRatings for our coverage of credit card products. Go to Travel Gal and CardRatings may receive a commission from card issuers. Opinions, reviews, analyses & recommendations are the author’s alone and have not been reviewed, endorsed or approved by any of these entities. 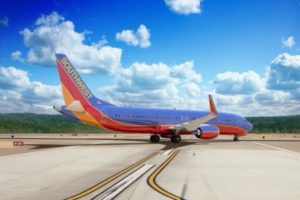 Southwest announced January 16 that they have removed the Boeing 737 MAX 8 (Southwest had 34 of them) from the flight schedule through June 6, 2020. This is an extension from the previously announced April 13. This is due to the FAA's continued grounding of the MAX 8 aircraft due to safety issues. A date when they will be allowed back in service … END_OF_DOCUMENT_TOKEN_TO_BE_REPLACED