As airlines continue to struggle with the drop in bookings as a result of current events, Southwest Airlines announced today, March 17, that they would be cutting flights by at least 20%.

The cuts will be for flights between April 14 and June 5.

The announcement was published in an FAQ section about the current virus situation on the airline’s website. 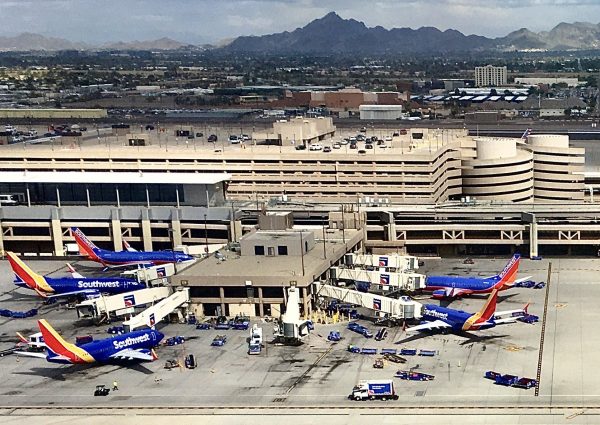 Other domestic airlines are also cutting back flights, though most of those serve European and Asian countries.

While Southwest does fly internationally, it does not fly to Europe or Asia, but only to the Caribbean, Mexico and Central America.

The airline said these reductions are “in addition to the Company’s existing capacity impact due to the Boeing 737 MAX groundings,” which are currently off of the flight schedule through August 10, 2020.

Though no specifics were available as to which flights or destinations or when they would begin taking the flights off of the schedule, they did say that most cancellations would be “frequency reductions in markets where we offer four or more nonstop flights.”

So hopefully, we’ll still be able to travel to most destinations; we just won’t have as many options.

Here is more of what the airline said:

“We will begin making these revisions soon, so we do not have specific routes or market information to share. Some decisions are still being made. We’ll share more details as these decisions are made and finalized. The revisions will vary by day of week and region—some airports and regions will be more impacted than others. Customers who have already booked their travel and will be impacted by our amended schedule will be notified of their re-accommodated travel according to our flexible accommodation procedures.”

If you are affected by a cancelled flight or change, you can re-book to any flight between the same two cities within 60 days of your original scheduled departure.

The team at Go to Travel Gal is working hard to keep you updated on the latest developments with travel and especially as it regards Southwest Airlines. Stay tuned!