Whether your plans have changed, you found a lower fare elsewhere or something like the virus sweeping across the U.S. at the moment is keeping you from traveling, Southwest makes it easy to cancel a flight AND they allow you to do so without charging a fee.

We’re going to show you how to cancel a Southwest flight simply and easily.

All other domestic airlines charge a cancellation fee, penalizing you for canceling a flight. Boo!

Southwest’s no cancellation or change-fee policy is one of the MANY reasons we love to fly Southwest.

Team member Cami, for example, used Southwest’s flexible policy to cancel, change and re-book flights continuously to help her mom while she was undergoing cancer treatment.

How to Cancel a Southwest Flight 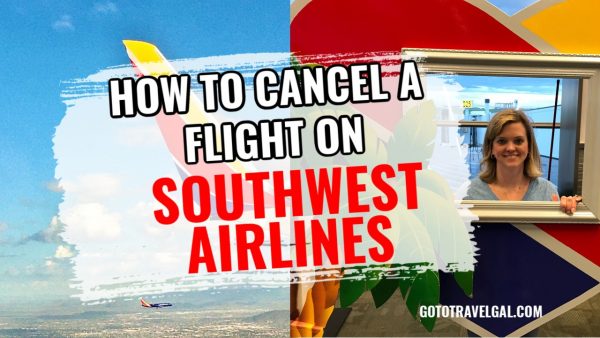 There are a variety of ways for how to cancel a Southwest flight, but we’re going to show you the simplest and easiest methods.

Canceling a flight online does NOT work, however, if you have added a “companion” from your Southwest Companion Pass to your ticket.

To cancel with a companion, you’ll need to first remove your companion (under My Trips in your My Account section at Southwest.com) and THEN cancel your own flight.

You can also watch this video below where I walk you through exactly how to do it on Southwest.com using my screen.

1. Start by navigating to Southwest.com.

3. Go to My Trips on the left hand side.

Method 2: Use the Change/Cancel Feature

2. Scroll until you see Change/Cancel toward the middle of the page.

3. Enter your name and flight confirmation number, select Cancel Flight and then click on Search.

4. Select the flight you want to cancel.

5. Continue forward through the remaining prompts.

6. If given the option to have the $5.60 security fee refunded to your credit card, opt for that instead of a Southwest travel fund, which are much more complicated and DO expire.

Method 3: How to Cancel a Southwest Flight – Have Southwest Do It

Contact Southwest (here are different ways to contact Southwest) and have them cancel it. This is best accomplished via phone or their Live Chat feature available only in the Southwest app.

Additionally, if you booked your flight originally by phone, you will need to CALL Southwest to cancel or change your flight.

What Happens When You Cancel a Southwest Flight

When you cancel a flight on Southwest, a couple of things can happen, depending on the type of fare you purchased.

If you purchased a Wanna Get Away fare, the cheapest Southwest fare, and you paid in dollars (versus points), then you will receive what’s called a Southwest travel fund, which is a credit good for 12 months from the date you booked the flight that must be used by the same person who was named on the ticket.

It’s always better to pay with Southwest points, however, if you have them, because when you cancel a flight, the points simply go right back into your Southwest account INSTANTLY no matter whose name was on the ticket!

If you booked a refundable fare, which includes Anytime fares and Southwest Business Select fares, the money will be refunded to your original method of payment in full.

If Southwest cancels your flight, you are entitled to a full refund of the fare and any associated fees, like baggage fees or Early Bird seating, to your original method of payment even if you bought a nonrefundable Wanna Get Away fare.

You can read about your rights if an airline cancels your flight on the US Department of Transportation site. 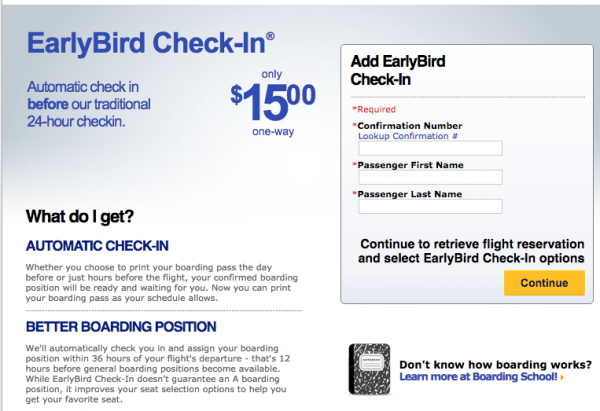 An important thing that many people don’t realize who fly Southwest is that if you purchase Early Bird check-in, which means Southwest checks you in ahead of the general public, giving you a better boarding order (and thus an earlier chance to select your seat), and you cancel your Southwest flight, you will LOSE ALL EARLY BIRD funds.

If you do have Early Bird, you are better off to “change” your flight (which you can also do for no fee with Southwest) to a later date to hold on to your Early Bird funds. You can keep changing your flight to different destinations, dates and flights as long as you want, but you will have to pay any difference in airfare.

If the fare is less than what you originally paid, you’ll get a “travel fund” mentioned above for the difference if you paid in dollars or points back if you paid using Southwest points.

What questions do you have about how to cancel a Southwest flight?

Do you have any tips?