After our week in Paris, we hopped a Ryanair flight to Bologna, Italy. I’d always wanted to fly Ryanair, as I have seen their super cheap fares and wondered if the experience would, as a result, be horrific, as are some U.S. discount airlines. 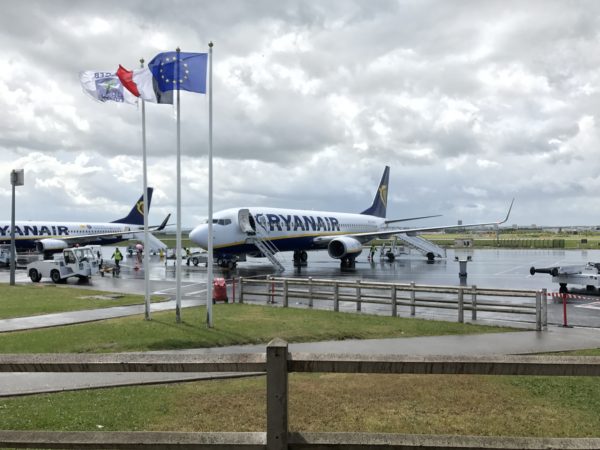 On the whole, it was not bad and cost the four of us only about $320 to fly to Bologna with seats selected, one 20 kilogram (44-pound) bag each, and even on the advice of a fellow passenger on our Dublin to Paris Aer Lingus flight, priority boarding.

The worst part of the entire experience was the departure airport. Ryanair says they fly out of Paris, but I’m not sure I’d call it Paris. The Paris Beauvais airport is more than an hour north of the city and requires you to take a city bus from the main Paris bus station up to the airport.

We managed that just fine, but then the bus dropped us off to hike what seemed like a mile on bumpy pavement, pulling our suitcases behind us as it started to rain. We found the airport itself incredibly confusing with no clearly marked sign for Ryanair check-in.

Plus, this airport was literally packed door to door with people and quite chaotic. It was a bit like herding cattle.

We had “priority boarding,” which really just meant we got to board before everyone else, which I’m not sure was terribly helpful. You have to walk out on the tarmac to board the plane by stairs, and it seemed they had us walk a few feet, stop for five minutes, walk a few more feet, stop for another five minutes, until about 30 minutes later we finally got on the plane.

It happened to be a cooler Paris day, and we were dressed for warmer days ahead in Italy so that seemed like a long time. 🙂 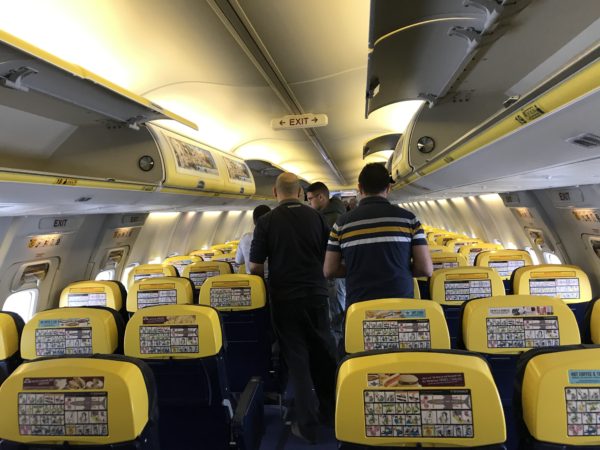 The flight itself was perfectly fine, the plane comfortable and the staff friendly. I would not mind flying Ryanair again, so long as I could do it out of a closer and bigger airport. 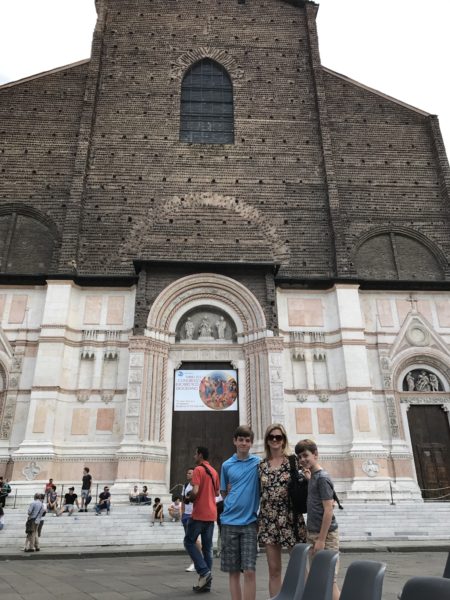 Bologna is centrally located in Italy and was a good destination with cheap airfare between Paris and our final destination of Tuscany. It is a real, vibrant Italian city, pulsing with life, busy people and lacking in tourists, which is lovely.

The city itself is known for its plentiful arcades and porticos, which seem to run on for miles edging off the buildings as you walk from one end of the city to the other. There is, in fact, a total of 40 kilometers of these porticos!

It has its “old town” area closed to cars with a piazza and cathedral and an endless maze of streets dotted with butcher shops, Farmacias (like an American pharmacy), cheese shops, produce shops, wine shops, bookstores, and, of course, plentiful churches filled with holy relics.

You’ll find Medieval palaces and towers so familiar in ancient Italian towns. There’s even its own version of a “leaning tower.” 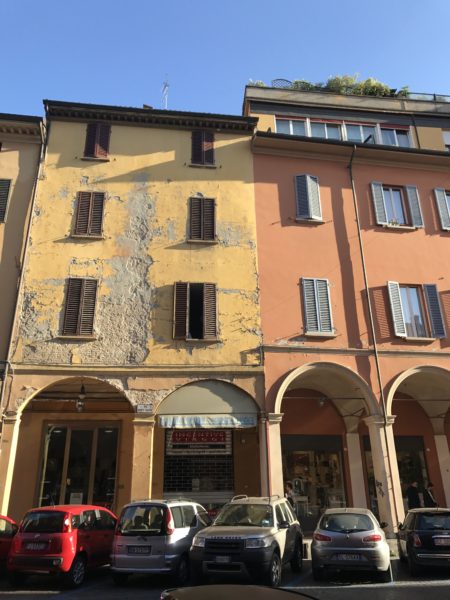 Bologna truly feels at the crossroads of the modern and the ancient. While you find yourself surrounded by old things, they are also (sadly) dotted with graffiti, mixed with high-end stores, and a vibrant culture of people rushing about. It is modern life within an ancient setting.

Perhaps what we enjoyed the most about Bologna was its amazing food, which also happens to be infinitely affordable! A 6 Euro carafe of local red wine? Yes, please!

Just out the doors of our Vrbo apartment, which sat right in the heart of the old city, we had an unlimited choice of trattorias (less formal) and restaurants (more formal) with open air seating to enjoy classic Italian cuisine.

I will forever pine for Tagliatelle alla Bolognese (or Ragu), a wide flat pasta with Bologna’s style of meat sauce, less tomato than you will find in Americans’ version of pasta. Bologna is also the home of lasagna, whose noodles are green!

We often would order the boys a pizza, tuck them in the apartment and dine just downstairs al fresco sometimes until as late at 11 p.m. with un mezzo, a half liter, or a full bottle of the vino della cassa rossa (the red house, or table, wine), which was made from the region’s San Giovese grapes and absolutely delicious.

Oh, and the trattoria would never fail to bring the amazing housemade limoncello as a “digestif” after the meal – yum!

We will never forget the food in Bologna and I suspect it will call us back there again.

It seems we quite wore out our boys, 9 and 13, in Paris, with our oldest coming down with a cold and mild fever by the time we reached Italy. We used Bologna as a point to slow our pace, take turns exploring on our own and let the kids rest.

With the development of a fever, I felt we should check in with a doctor, knowing we still had at least a week of our trip left. If ever you need a doctor in Europe, check with the “Farmacia.” Both in France and Italy, these were on almost every corner and identified by a green cross.

Unlike an American drug store, the Farmacia does not sell groceries and sunscreen, but focuses largely on medicines and beauty/hygiene products. The pharmacist can actually prescribe some prescription medications.

After calling our travel insurance company to request doctors in the area, but only getting a list of hospitals (I had no interest in sitting in an emergency room all day for a cold), I headed to the Farmacia. They were phenomenal.

They called a private doctor for me, speaking the Italian I could not, got them to come directly to our apartment — and for only 100 Euros, which the travel insurance later reimbursed.

The doctor came the same day and was absolutely lovely, though spoke next to no English. We managed with Google Translate, Rick Steves’ Italian Phrasebook and Dictionary, and much gesturing and pointing :).

By the end of the day, I had a prescription for antibiotics and nose spray, which was filled in less than 5 minutes at the Farmacia, and in just a few days, he was back to normal health.

Our Home in Bologna

For our stay in Bologna, we opted to get a vacation rental through Vrbo. The apartment, located at Via Monte Grappa, 3, was centrally located within the old town and close to many shops and restaurants.

It had wonderful air conditioning, a separate bedroom and a pull-out couch for the kids, as well as a full kitchen with large refrigerator, stove and microwave.

The design was modern, yet it was located in a grand old Bologna building. It was the perfect spot to relax, recover and return after a wonderful meal at one of the many nearby restaurants.