Note: This post contains affiliate links for which I may earn a commission if you making a purchase after clicking through.

When avid traveler and national Catholic radio show host Teresa Tomeo visited Italy with her husband to celebrate their 25th wedding anniversary, she was shocked to find herself booted off a train at night in an unfamiliar setting. If it weren’t for a fellow English-speaking traveler who advised her and her husband to get back on the train, which ultimately returned them to where they wanted to go, she says she could have been lost for hours.

Unfortunately, Tomeo’s situation is a common snag, even for the most seasoned international travelers. For this reason, U.S. News compiled expert tips from European train companies and frequent travelers to help you navigate traveling by train with ease. 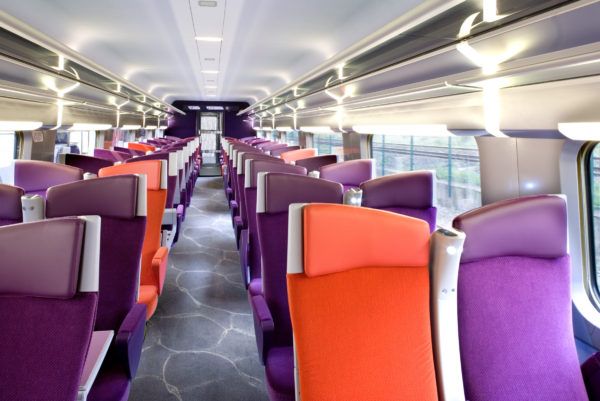 First, decide if traveling by train is truly the best option to get from point A to point B. Jeff Wilson, host of “Real Rail Adventures” on Public Television, says that it can sometimes be more affordable to travel by rental car, especially with a group of three or more. “When I tried to string together trains for four from Prague to Krakow to Budapest, down through Croatia and up through Slovenia back to Prague, I found them to be more expensive than renting a car for a month,” he explains. Still, in major cities, train travel may be your best bet as parking fees can be cost-prohibitive, he cautions.

Services like Rail Europe, the major distributor of European rail products in North America, can help you purchase tickets in multiple destinations in Europe and can be purchased before arriving overseas. You can also purchase tickets for high-speed trains like Eurostar online ahead of time. Alternatively, you can purchase tickets at a local station in Europe.

Melanie Albaric, marketing and communications manager for Rail Europe, advises booking your tickets early to score the best discounts. Plus, some routes and fares have limited availability and may sell out closer to your travel dates. James Cave, who writes the Portugalist.com blog, cautions that in Portugal if you book a train more than five days in advance, you can score a 40 percent savings on most routes.

Another way to cut costs is to take an overnight train. “When you wake, you’ll have an entire day to see the sights,” Albaric says. “Save even more by booking a couchette, which is a shared compartment with six beds. Think of it as a hostel on-the-go,” she adds. Albaric also recommends traveling with at least one other person, as that allows you to book a Saver rate, which is a discount for groups of two to five passengers traveling together. But be forewarned, there are some caveats. “Discounted rates may be restrictive when it comes to refunds or changes, with less flexibility than a full fare ticket,” she says.

Justin Uselton, one of the writers behind ACouplefortheRoad.com, suggests buying round-trip tickets up front, explaining that travelers can typically save 20 to 30 percent more than buying the legs separately. He also suggests looking for the local “cards,” which are aimed at locals versus tourists and are less expensive. For example, get an Oyster Card for the Tube in London or a DART card when in Dublin. Multi-attraction passes like the Paris Pass and Omnia Pass, which covers sights across Rome and Vatican City, also offer free travel on local metro trains in addition to admittance to key attractions.

Tomeo says even Italians get confused at train stations, citing a trip where a local spent 30 minutes trying to buy tickets. For that reason, having a person on hand who speaks the local language can be invaluable to get where you want to go in the most efficient and economical way possible.

“I travel to Italy at least two times a year, and when I need to use the train, I always bring an Italian-speaking companion to the station,” Tomeo says. “Many of the passages from Rome can be purchased via machine, but if you don’t speak the language, you could end up in Venice when you’re trying to get to Naples,” she adds. You can always ask a local for assistance, but at train stations people tend to be very busy and in a hurry, so it’s best to plan ahead.

Italian trains are rampant with pickpocketing, so it’s best to keep a close eye on valuables, Tomeo cautions. Uselton also advises keeping a small bag with you rather than checking it. “Pack less than you think, as most European cities are very accommodating with laundry. You simply don’t need an outfit a day,” Uselton explains.

Look for Family-Friendly Promotions and Perks

“With space on board to move around, traveling by train gives families a much more relaxing and enjoyable experience, and it can also be an excellent way to save money,” says Jane Ashman, head of sales and business development at Eurostar. Eurostar allows kids younger than 4 to travel free, and Eurail passes offer free travel for up to two children ages 4 to 11 per adult pass holder. Plus, with the Swiss Travel Pass, you can get a Swiss Family Card that lets any child 15 or younger travel free, and the BritRail pass lets any kid 15 or younger travel for free or at a discount, Albaric says. Swiss trains are especially family-friendly, Wilson says, recalling a time he even traveled on a line that had a pirate-themed treasure hunt for kids to keep them entertained.

If you’re planning to travel between countries, remember to carry your passport. Arriving early is also a wise idea, as departure times and routes change frequently in Italy, Tomeo says. Also, keep in mind, the latest check-in time for Eurostar routes is 30 minutes, but it’s a smart idea to allow for extra time to ensure you are in the right place and ready should a train depart ahead of schedule.

Buy Your Attraction Tickets on the Train

To save time, Ashman recommends heading to the bar buffet aboard Eurostar trains, where passengers can buy metro or underground passes along with tickets to key attractions. “It means that you can get on with your trip as soon as you step off the train, without queuing for tickets,” she explains. Because Eurostar has partnerships with top museums and galleries across various destinations, you can enjoy two-for-one entry to top sights simply by presenting the Eurostar ticket, Ashman says.

This article originally appeared on US News & World Report.