Note: This post contains affiliate links for which I may earn a commission if you may a purchase after clicking through. 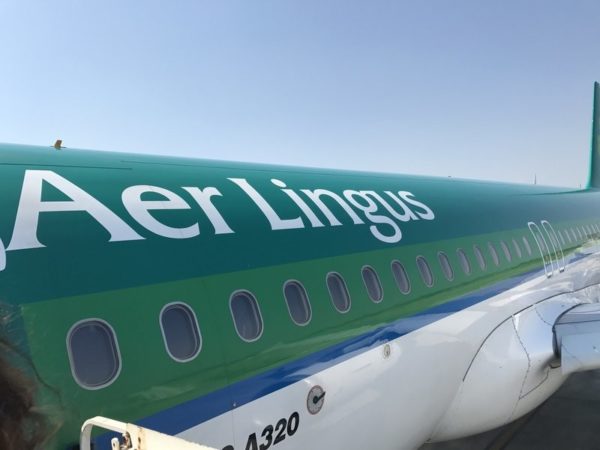 Both Aer Lingus and Iberia use Avios as their frequent flyer currency, which is the same as British Airways. Up till now, you could transfer Chase Ultimate Rewards to British Airways Avios and then transfer those Avios to Aer Lingus Avios.

This is how we flew to Europe this summer for just 26,000 Avios per person round trip, but the ability to transfer Chase Ultimate Rewards directly to Aer Lingus cuts out a major step, which is SUPER helpful.

Aer Lingus has a great deal where you can fly to Dublin or Shannon from several major U.S. cities like New York City, Hartford, Connecticut and Chicago (from where we flew) for just 26,000 Avios during what they consider to be their “off peak” season, which is the majority of the year.

Read my post on how you can fly a family to Europe using just 104,000 miles, or Chase Ultimate Rewards points.

This is fantastic news as we would absolutely use that trick again if we could amass another 104,000 Chase Ultimate Rewards. From Dublin, you can fly cheap airlines like Ryanair into the rest of Europe or use additional Chase Ultimate Rewards or British Airways Avios to book intra-Europe flights on Aer Lingus. We used both of these options, flying to Paris, Bologna and back to Dublin.

Read more about our family trip to Europe: